Thoughts on faith, the great commission and our cobbled together life. 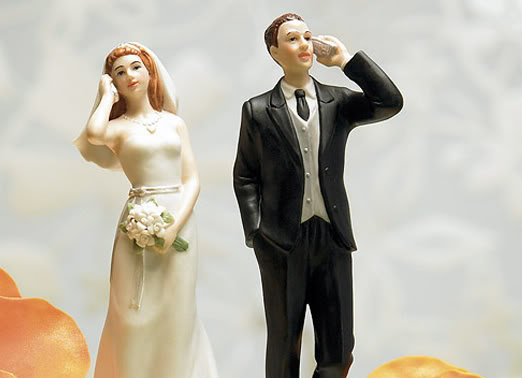 I am on the verge of buying my wife and I cell phones here in the states.   We don’t own any as we have just returned from four and a half years overseas and so buying cell phones seems the thing to do.  Everyone’s doing it right?

It may seem funny to some, but I am honestly considering not – as in not buying cell phones. Really.

Call me weird, but before deciding to move to Turkey five years ago we didn’t have cell phones, a TV, the Internet or a toaster – just kidding, at our house we love toast.

In Istanbul, a city of nearly 15 million, we bought a cell phone for each of us and were happy to have had them. They made life easier, kept us connected and provided a much needed sense of security.

But as of a week ago we are back in rural South Dakota.   I am attempting in our return to live intentionally with my time and our money and the way I use technology – cell phones included. You see I want to use technology, to be its master and would like to keep it from becoming the other way around.

I have to be careful here of course.  I am not saying cell phones are bad but I am trying to carefully consider how I use them.  They are an amazing tool that can powerfully impact our personal experience in wonderful ways.

But, that doesn’t mean I need to swallow them whole hog. And that is why, if I do get a cell phone, I am going to endeavor to use it like it’s 1985.

Here are a few things that never happened in 1985:

Before the cell phone, it seems we lived pretty healthy, well-adjusted lives – most people did anyway. If someone called, and you were not at home, the phone just rang.

It just hung there on the wall and rang.

After a few moments of unanswered ringing, the caller would think to herself, “Hmmm. No one seems to be home. I guess I’ll try back later.” And life went on. Few people died because of unanswered phones.

But today, people having a heart to heart conversation with a friend, a spouse or their kids seem to have no problem dropping them to answer their cell phones (guilty as charged again).  This seems like a problem.

My son is eight years old. I’ve had to occasionally reprimand him when, upon the smallest distraction, he will wander away from an adult who is trying to talk with him. It’s rude to just turn and walk away from someone who is talking and yet, if I examine my own life and the lives of most adults in his life, isn’t he just mimicking what he observes in us?

The funny thing is that it wasn’t always this way.  I found a 2002 USA Today article that had this to say:

Most cell phone culprits inherently are ill-mannered underachievers. Getting a phone call in a public place and carrying on a long, loud conversation gives these wannabes a feeling of importance.

Ouch. It was just twelve years ago and yet it is strange to think how far we’ve come (or gone).

I won’t nail it to the wall in our home.  Nor will I  leave it sitting on the counter in the kitchen.  I will however work to not let it control me.  If I am free to answer it when it rings, I’ll answer it.

If however, I am with another person, if I am working on a project, if I am playing with my kids or enjoying my morning quiet time – I’ll just have to let it ring.

Now I am no Luddite. I am not opposed to cell phones. They are powerful tools that can be tremendously helpful. I just want to use it on my own terms. I want to use it as a tool, not be at its every beck and call.

When I was living in Istanbul, I always had a rule. If I was talking with someone, I would never answer my cell phone unless it was Consuelo – my wife gets preferential treatment.  Everyone else got ignored.

But not really ignored. You see that is the great thing about technology – I always knew whose call I had missed and was able – after finishing up my conversation – to call them back.

And no one ever got mad at me for that. On the contrary, everyone was completely understanding, even appreciative that I had called them back.

Cell phones are as much a part of our lives as the clothes we wear.  There are many amazing opportunities that exist because of them and they are often a powerful force for good.

I guess I just want to slow down a little, to consider all the ramifications before I dive back in.  And then I want to work to use them as best I can.

What are your thoughts about cell phone use?